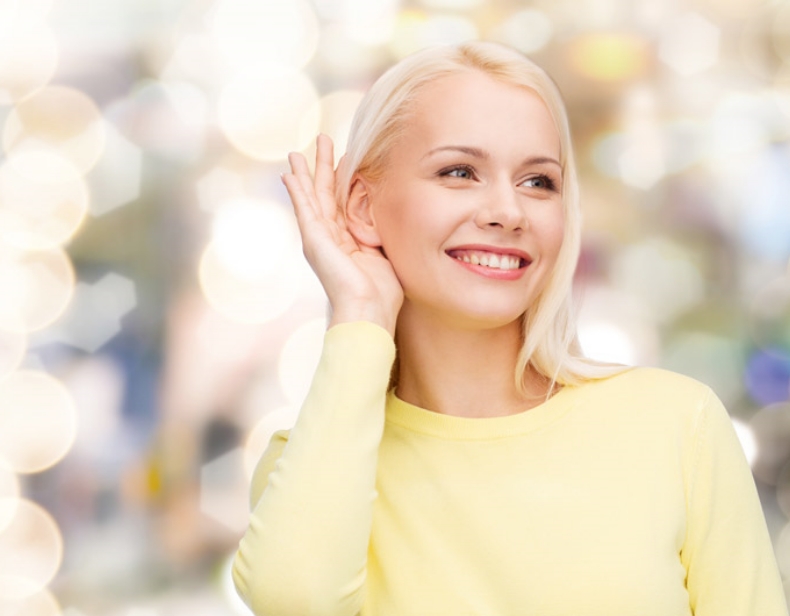 To better understand the cause of your hearing loss, you must first understand how the ear is designed and the conditions that interfere with hearing.

Sound travels through the air as a sound wave.  Your ear turns the sound waves into information which your brain hears as sound.

There are three ossicles (tiny bones) in the middle space, behind the eardrum.  When sounds vibrate the eardrum, the ossicles are set into motion causing the cochlea (fluid in the inner section) to move. 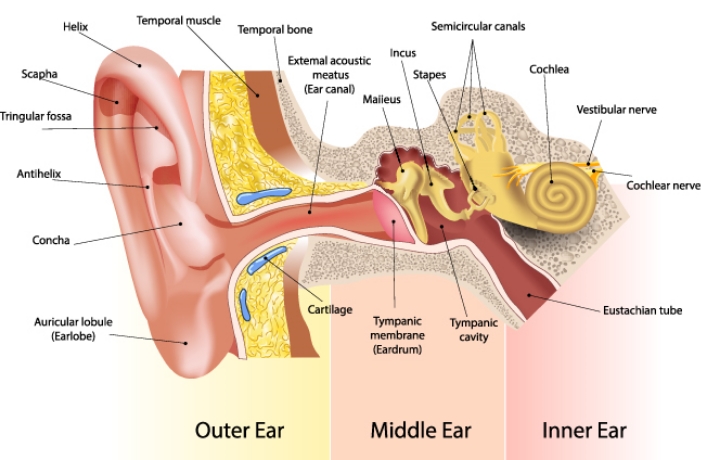 • Difficulty understanding people, especially in crowded places like restaurants
• Need to have phrases repeated
• High volume on the TV or stereo
• Difficulty hearing on the phone
• Difficulty following group conversations

Helping a loved one with hearing loss